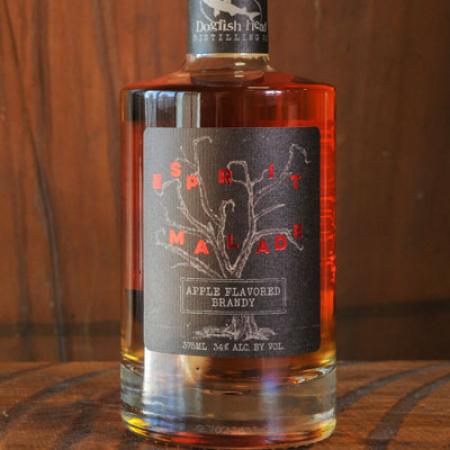 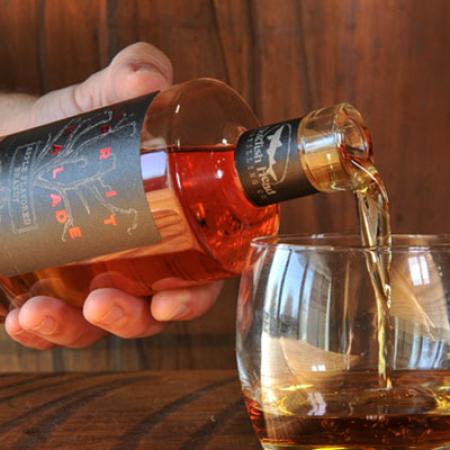 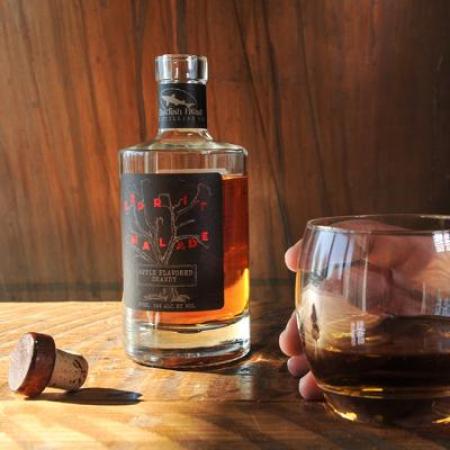 A rarity! Only available a few times per year at our Milton brewery & Rehoboth restaurants only

In the nose the prominent aromas of green apple and white chocolate all but hide the undernotes of honey and almonds. In the mouth the flavor evolves quickly showcasing each individual ingredient complemented by toasted oak. It all starts with the baked apple warmth of the apple brandy which is then cut by the sour tang of the sick cider and then the sweet, crispness of fresh pressed cider wraps it all up.

We start by distilling an immature apple brandy made from five types of local Fifer Orchard apples including Fuji, Roman, Stayman, Red Delicious and Golden Delicious. This brandy spirit is blended with Dogfish Head Sick Cider, our unfiltered, 100% barrel-fermented super dry & tart cider made from the same apple blend and a wild Brettanomyces yeast.

We age this blended spirit in new charred American Oak barrels for a spell. Once ready, we proof from barrel strength down to 34% ABV using raw apple cider then bottle.

We recommend enjoying this one neat in a large red wine glass, allowing it to really open up. 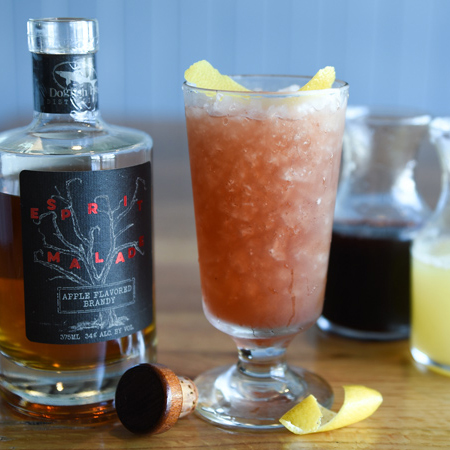