Calling all beer drinkers, running enthusiasts and those seeking a healthy balance of work and play in their day-to-day lives – we’re launching a one-of-a-kind run club!

A four-time Olympian, Shalane’s career is decorated with noteworthy accomplishments, including winning a silver medal for the 10,000m at the Beijing Olympics in 2008, becoming the first American woman in 40 years to win the New York City Marathon in 2017 and releasing two New York Times best-selling cookbooks, ‘Run Fast. Eat Slow.,’ in 2016 and ‘Run Fast. Cook Fast. Eat Slow.,’ in 2018.

“From helping the brewery launch its run club and offering guidance to aspiring runners, to sharing my all-time favorite recipes and enjoying some tasty beers, I could not be more excited to work with Dogfish Head in 2020,” says Shalane. “For me, life is all about balance; balancing flavor and nutrition, and indulgence and nourishment. That’s why, instead of counting calories, I focus on eating and drinking foods and liquids made only with wholesome, natural ingredients – and yes, that includes beer. Dogfish Head’s focus on using culinary ingredients to brew its beers fits my lifestyle perfectly! I can treat myself to a 90 Minute Imperial IPA after a hard workout, spend a Saturday sharing some Slightly Mightys with friends, create the perfect food and beer pairing with a classic 60 Minute IPA or sip on a SeaQuench Ale after a sweaty, summertime run.” 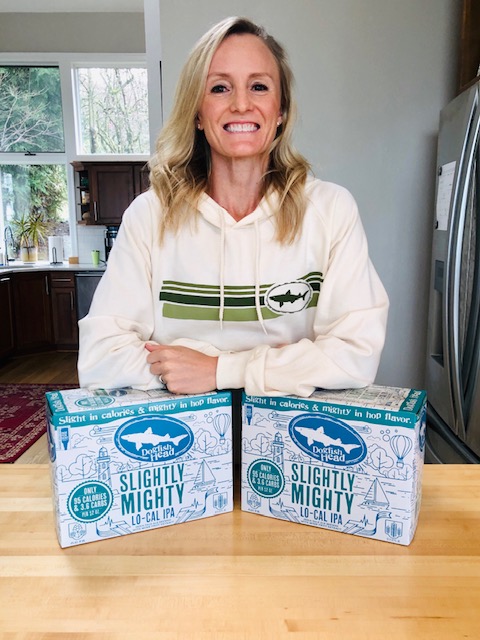 Taking a page from Shalane’s book, the Dogfish Head Run Club will encourage members to lead and maintain balanced lifestyles that include both fitness and craft beer. Free to join, Dogfish Head Run Club members nationwide can track their runs using their favorite mobile applications and share them – as well as their post-run celebration photos – to social media with #DFHRunClub for a chance to win off-centered swag.

For those local to coastal Delaware, we’ll be hosting monthly group runs – including our first run scheduled for Saturday, Jan. 18 at 10:30 a.m. in Rehoboth Beach’s Grove Park (The Grove Park, Rehoboth, DE 19971)! After the run, participants will receive a Dogfish Head sweatband and, for runners 21 and older, our Rehoboth brewpub will be offering half-priced pours of 60 Minute IPA (a continually hopped east coast IPA), 90 Minute IPA (a continually hopped imperial IPA), SeaQuench Ale (a session sour quencher) and Slightly Mighty (a full-flavored, lo-cal* IPA).

“It’s hard to believe Dogfish Head is now a quarter century old. It’s harder still to believe I am half a century old, so staying in shape is becoming more and more important to me,” says Dogfish Head founder Sam Calagione. “As a brewer, craft beer plays a huge role in my career, so in order to sustain a healthy and sensible way of life, I’m committed to getting out and exercising in any way I can. That’s why I can’t wait for the launch of the Dogfish Head Run Club – AND, with Shalane’s help, maybe I’ll make it over ‘Heartbreak Hill.’ Fingers crossed!”

Want to get a head start and begin tracking some of your runs? Click here to hop on over to the Run Club meet-up, and stay tuned for updates … including the launch of our Run Club hub!