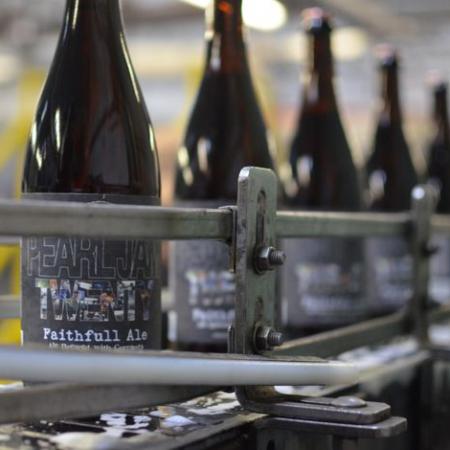 Faithfull Ale is a celebration of Pearl Jam's 20th anniversary as a band and its extraordinary debut album, "Ten." In recognition of these milestones, this Belgian-style golden ale is delicately hopped to 20 IBUs and fruit-forward from 10 incremental additions of black currants over a one-hour boil. Faithfull clocks in at 7% ABV.

"To me, 'Ten' is the perfect example of a record-lover's-record. The whole thing rocks," says Dogfish Head President & Founder Sam Calagione. "As an off-centered brewery, we believe in celebrating the breadth of our whole portfolio and we feel an affinity for Pearl Jam a long-player band in a singles-obsessed world."

Faithfull Ale is the third beer in our Music Series, following our Miles Davis-inspired Bitches Brew and our beer tribute to blues man Robert Johnson, Hellhound On My Ale.

For more on the band and their 20th anniversary celebration, visit www.pearljam.com and www.pj20.com.