The greatest invention you’ll ever taste … quite literally.

A battered stainless-steel boil kettle topped with a repurposed kitchen pot lid doesn’t exactly sound like the makings of brewing history. But thanks to a thrift store vibrating football game, sprinkled with inspiration from a bowl of soup, brewing as we – and the world – knew it would be changed forever.

It was back in the mid-90s when the story of Dogfish Head began. With a commitment to crafting wood-grilled food and homemade beer, we opened the doors of Dogfish Head Brewings & Eats in June of ‘95. Our very first batches were brewed on a system that was essentially three little kegs with propane burners underneath. Brewing 10-gallon batches of beer for a whole restaurant proved to be more than a full-time job.

Good food and good beer seemed like a winning recipe, but brewing two to three batches every day, five days a week led Dogfish founder and brewer Sam Calagione to start thinking outside of the proverbial box. With a kitchen chock full of fresh ingredients, Sam began looking to the culinary world for inspiration – raisins, honey, strawberries and more. The weird and wild fueled experimentation.

Insert ‘off-centered ales for off-centered people.’ Sam’s hunger for exotic ingredients and venturing off the beaten path quickly grew and before you knew it, he was having an ‘aha!’ moment that would put Dogfish on a path of innovation.

While watching TV, Sam was struck by a cooking show demo that was teaching viewers how to properly season soup through a process of continuous peppering. As it stewed and simmered, the chef added pepper in small but consistent doses, bringing through a bold taste with intense savory notes. If it worked for soup, why not beer? Inspiration sparked, and the idea of continual hopping started brewing.

You see, traditionally brewers make just two hop additions – one big dose early in the boil for flavor, and another bunch at the end for aroma. And up until that ‘aha!’ moment, we were using foolhardy amounts of hops that created a really pronounced bitterness. Great in theory, not so great in flavor.

Enter our thrift store electric football game. If rigged at just the right angle over the brew kettle and covered with hops instead of small dancing football players, the vibrating playing field would perfectly shake and shimmy the hops cascading down into the boiling wort at a consistent rate. Following that same theory of adding pepper in consistent doses, continual hopping was born.

That rigged-up football-machine-turned-continual hopper resulted in a perfectly balanced IPA that was outrageously hoppy, without being crushingly bitter. From there we’ve gone on to create the likes of 60 Minute, 90 Minute and even 120 Minute IPA.

Throughout 2019 we’ve celebrated the 20th anniversary of continual hopping and the really special experience that comes with it. Today, we celebrate a new phase of brewing history with the donation of our continual hopping invention into the Smithsonian’s National Museum of American History collections. 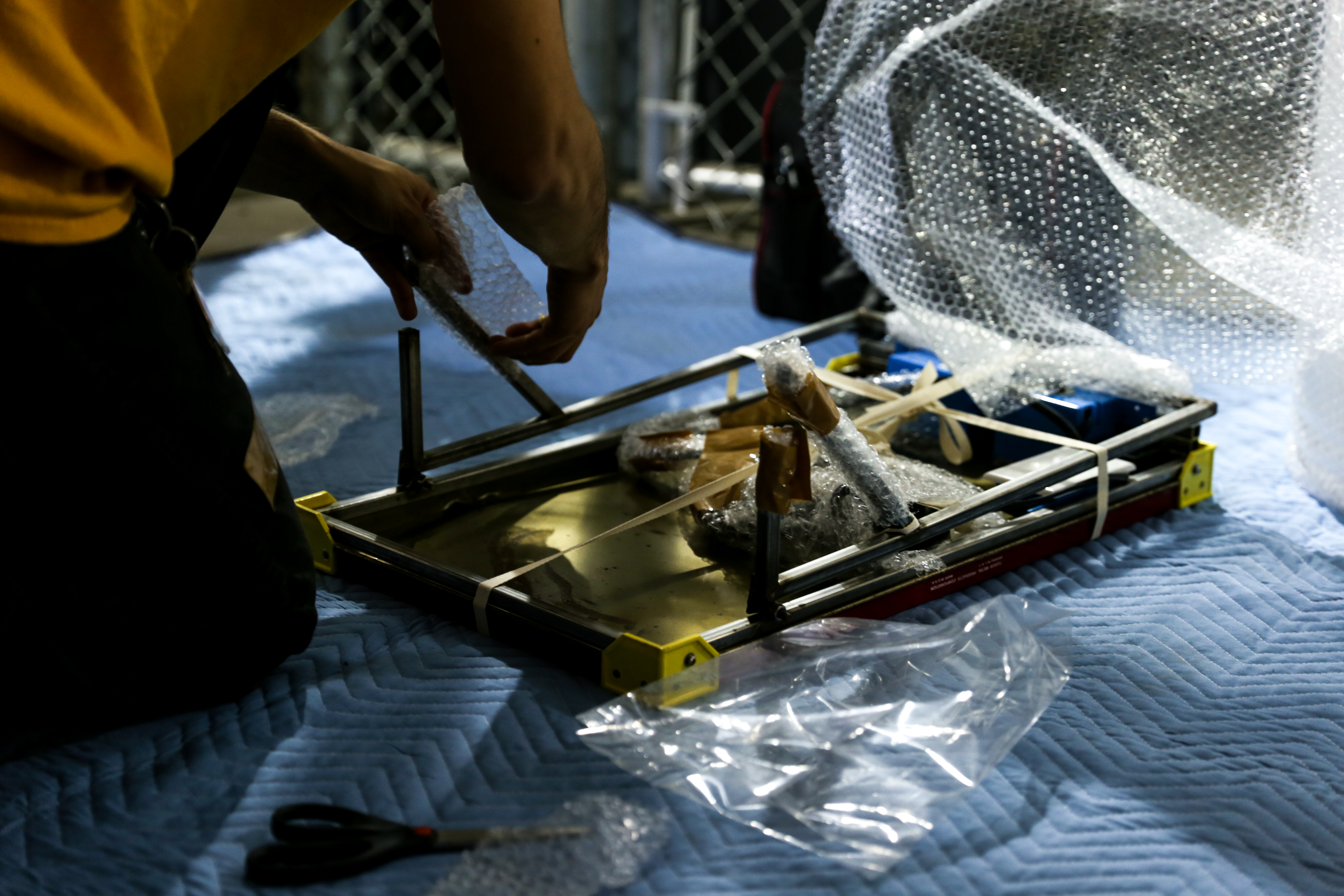 “My Dogfish Head co-workers and I are excited to have our brewery’s original boil kettle and continual hopping invention now within the Smithsonian’s permanent collection,” says Sam. “This American institution is all about shaping the future by preserving our country’s heritage.”

Who knew that a thrift store game and a random cooking show would lead to a revolutionary brewing technique that has, indeed, created the greatest invention you’ll ever taste.

For more information on the homebrewing and craft beer history archive that’s being built by the museum’s American Brewing History Initiative, head to Smithsonian.com. And the next time you find yourself in the American History Museum’s storage rooms, archives or exhibition spaces, be sure to stop and smell the hops and whatnot.