Your eyes aren’t playing tricks on you … that totally says Dogfish Head Camp Amp marshmallows! We took our s’mores-inspired milk stout to a whole new level by incorporating it into a marshmallow that sat atop a hot cocoa bomb. To say it was the bomb.com might show our age a bit, but we’re okay with that because ... well ... it was. 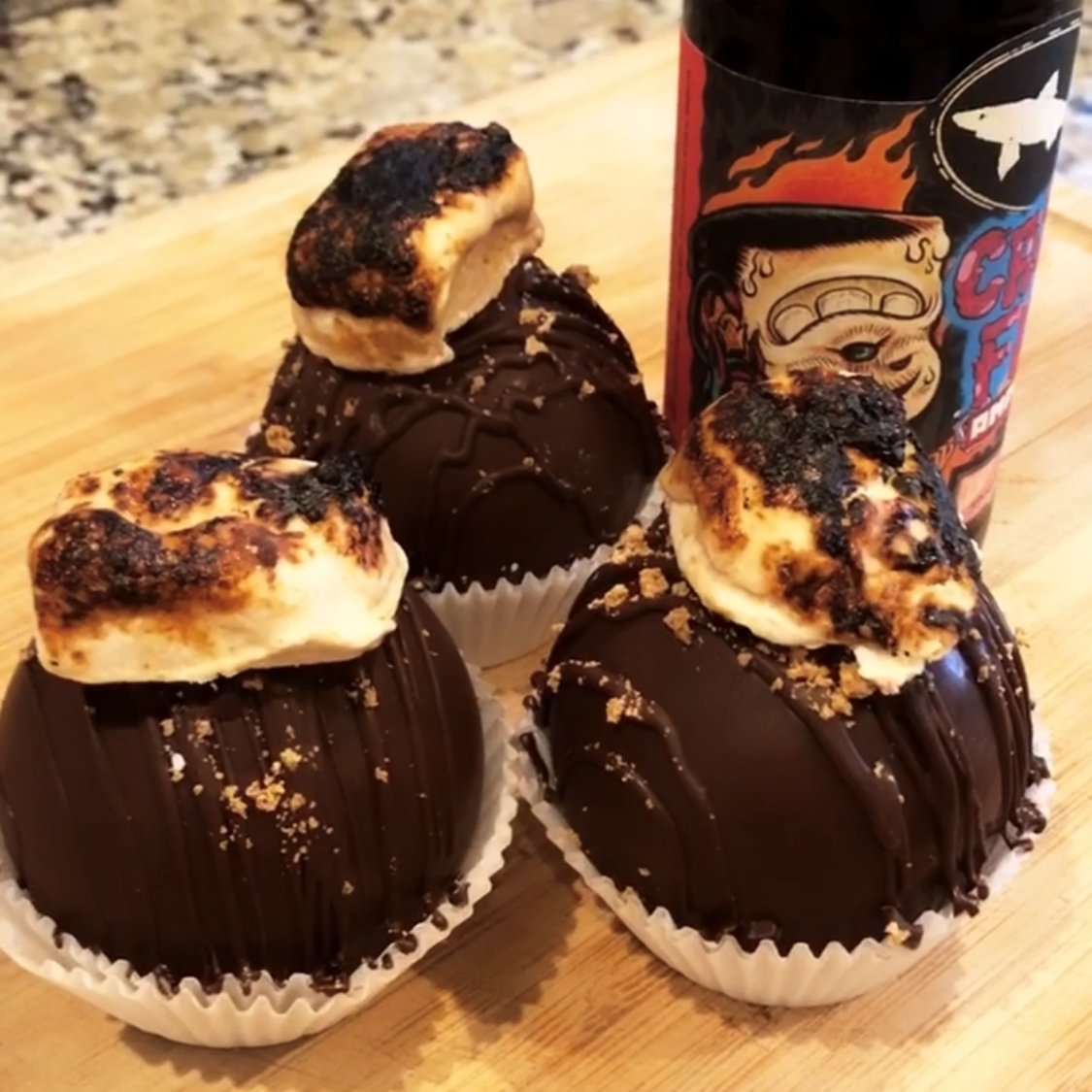 After we shared this magical treat on our Instagram page, we were immediately greeted with all sorts of…

“Please tell me where I can get these!”

And while we aren’t selling these, they were crafted by our co-worker Courtney who was kind enough to share the Dogfish Head Camp Amp marshmallow recipe with us. So without further ado…

And that’s that! At this point your Dogfish Head Camp Amp marshmallows can be used for anything … including hot cocoa bombs!