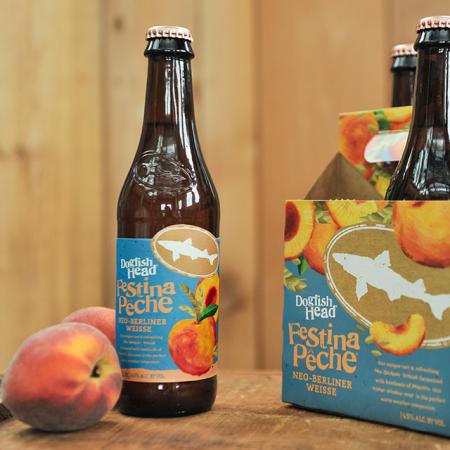 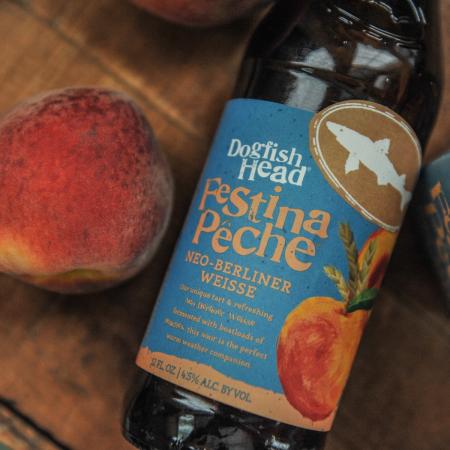 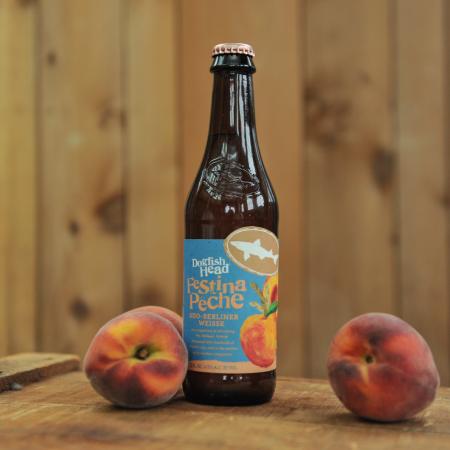 A refreshing neo-Berliner Weisse, Festina Pêche is available in 6-packs and on draft during the sweaty months.

Sadly, there are only a few breweries left in Berlin still brewing the Berliner Weisse style, which is characterized by its intense tartness (some say sour). There were once over 70 breweries in Berlin alone making this beer!

In addition to fermentation with an ale yeast, Berliner Weisse is traditionally fermented with lactic cultures to produce its acidic (or green apple-like) character. Served as an apertif or summertime quencher, Festina is delicately hopped and has a pale straw color. To soften the intense sourness, Berliner Weisse is traditionally served with a dash of essence of woodruff or raspberry syrup.

In Festina Pêche, since the natural peach sugars are eaten by the yeast, the fruit complexity is woven into both the aroma and the taste of the beer so there is no need to doctor it with woodruff or raspberry syrup. Just open and enjoy!