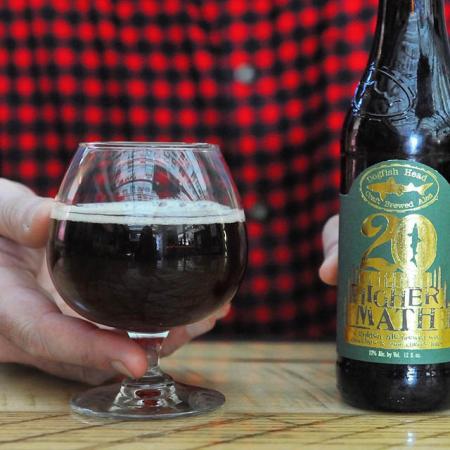 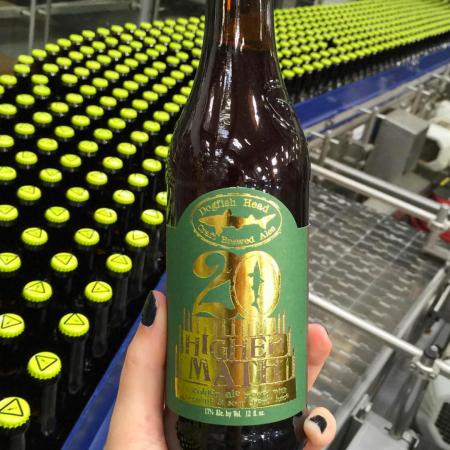 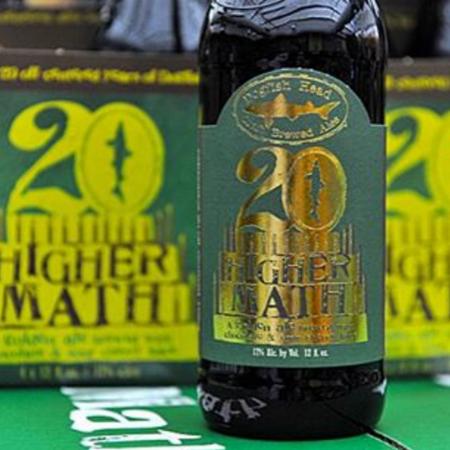 Way back in the early ’90s, a 20-something waiter in New York City named Sam got a taste for small American “microbrews.” A do-er, Sam stopped by a homebrew store and embarked on the first batch of his very own beer. On the way home, he spotted a bag of cherries at his local bodega and thought they’d make his beer a little more interesting.

He was right, and the day after he and his friends enjoyed that first batch, he started researching what it would take to open a brewery.

The rest, as they say, is history. Higher Math is a tribute to that auspicious first beer and celebrates 20 off-centered years of Dogfish Head. It’s a golden strong ale fermented with sour cherry juice and cocoa nibs and clocks in at 17% ABV.

Higher Math has forward notes of cherries, pineapple and stewed fruit, with late notes of cocoa. It has a lingering sweetness and a notable warmth from the alcohol.