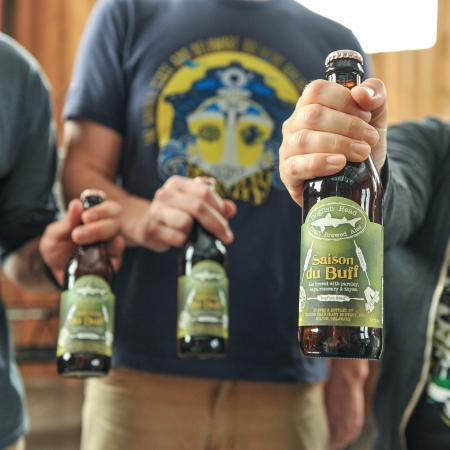 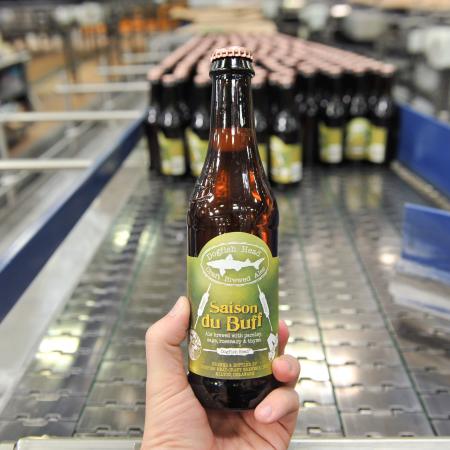 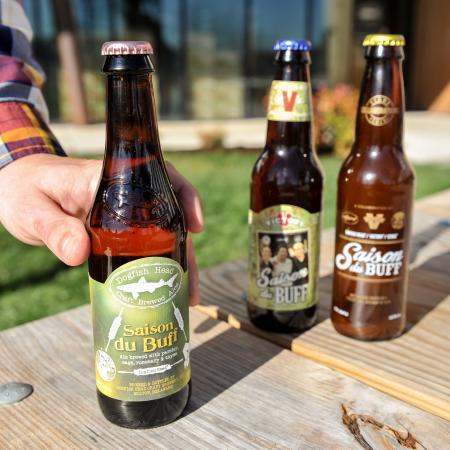 The idea for this beer germinated way back in 2003 when the three guys (Sam from Dogfish, Greg from Stone and Bill from Victory) formed the BUFF alliance (Brewers United for Freedom of Flavor) - a noble endeavor with the goal to highlight the passion and camaraderie of the American craft brew movement.

So, BUFF didn't really do anything (beyond talk a lot of talk) until 2010 when the three brewers finally got together to jointly brew at beer at the Stone Brewery. Saison du BUFF was first brewed at Stone and then replicated at each of the other two breweries - same recipe, same ingredients, three different breweries throughout 2010. The brewers have a repeat performance planned for 2012!

Saison du BUFF is a 6.8% ABV Saison brewed with parsley, sage, rosemary and thyme. The beer is brewed three times, once at each brewery using the same recipe. The expected release dates for each brew are as follows:

The beers, once released will be distributed by each brewery's distribution partners. Please check with each brewery about availabilty of their Saison du BUFF.

Brilliant clarity and golden in color
Pleasantly herbaceous with complex, grassy, citrus and spices
Spicey bitterness with some citrus/lemon notes. Herbal rosemary resins complemented with sage, thyme and parsley
Light and crisp with a dry finish