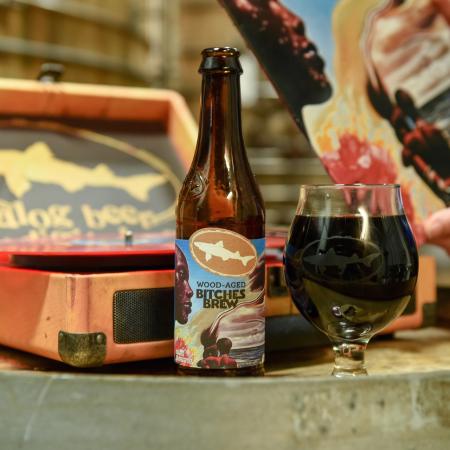 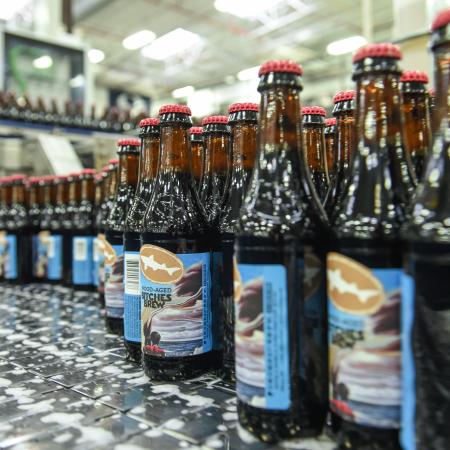 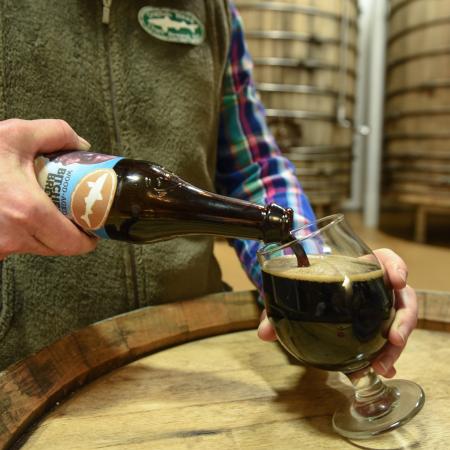 "A mix of traditional African mead and English stout, this slow burning sipper grooves with chocolate and charcoal."
- The Wall Street Journal

The Bitches is back, only this time we aged it our oak and Palo tanks! An off-centered twist on our classic Bitches Brew, Wood-Aged Bitches Brew is still the same bold, dark, Imperial Stout you know and love!

Originally brewed in honor of the 40th anniversary of the release of Miles Davis’ 1970 landmark Jazz fusion record Bitches Brew, our ‘remix’ is a gustatory tribute to that analog masterpiece.

Much like Jazz fusion, which blends different musical styles, our Wood-Aged Bitches Brew is a fusion of three threads of Imperial stout aged on oak and one thread of Tej - a native African honey beer - aged on Palo.

The result is a roasty brew chock full of aromas of vanilla, licorice and chocolate, while you’ll find notes of sweet roast coffee with every sip. It’s slightly dry in the mouthfeel with a mild bitterness that make it the perfect sipper.

Dogfish Head founder & CEO Sam Calagione says Wood-Aged Bitches Brew is best when “sipped cool, not cold, from a snifter or red wine glass while listening to the Bitches Brew album.” We like the sound of that.