Tree Thieves is an ancient ale based on archaeological findings from an ancient Celtic burial tomb in the forests of southern Germany. The evidence suggests malting occurred on the site over open oak-fueled fires and wort boiling was accomplished via immersion of superheated rocks in the sweet wort, leading to dark, caramelly and smoky brew. The tomb pre-dates the use of hops and the brewing vessel residues indicate this gruit-style ale was bittered with mugwort and carrot seeds, lending herbaceous notes of sage and chamomile. Also present would have been honey, a frequently-used fermentable sugar by the Celts. Finally, the beer would have naturally fermented by the natural forest flora around the tomb. Our version uses 3 strains of yeast that were “thieved” from oak, ash & mistletoe, all held sacred by the Ancient Celt 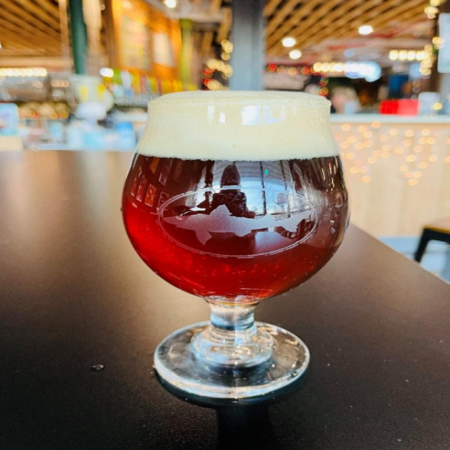