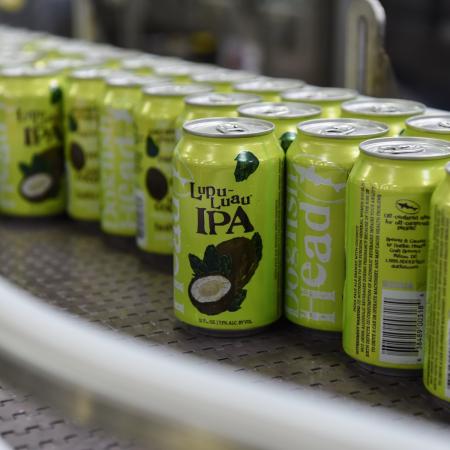 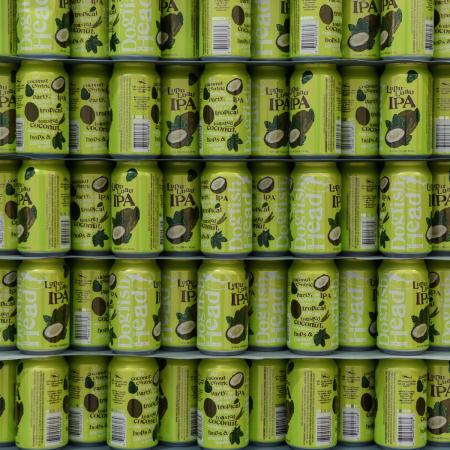 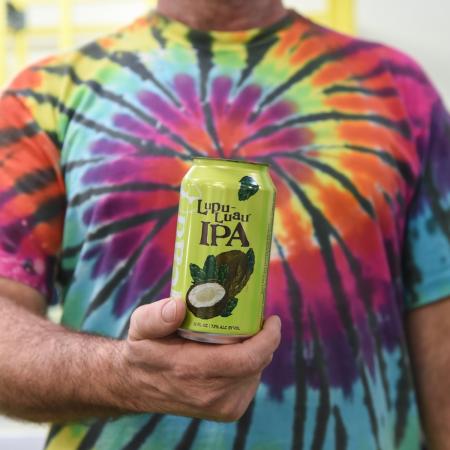 The story of Lupu-Luau began when Sam was hanging outside with co-workers during an overly-sunny day. One present co-worker in particular was lacking heavily in the melanin department, to put it lightly. A friendly joke about a total tan aversion led to this legendary comment, “You can say it, Sam, I’m pale as f**k.” The brewer in Sam thought that would make a cool name for a super pale beer. From there the wheels started turning and the iterative R&D process began.

Sam set out to make a hazy, overly pale beer but the test batches weren’t quite there yet. However, during that process he found out how great coconuts work in an IPA and decided that the new goal was to make an IPA using as much coconut as possible. We started with a combination of Pils malt with flaked barley, rolled oats, and malted and raw wheat to get it all hazy. Then we introduced coconuts three ways by adding toasted coconut, dehydrated coconut water and an experimental hop variety that provides a unique coconut & woody aroma.