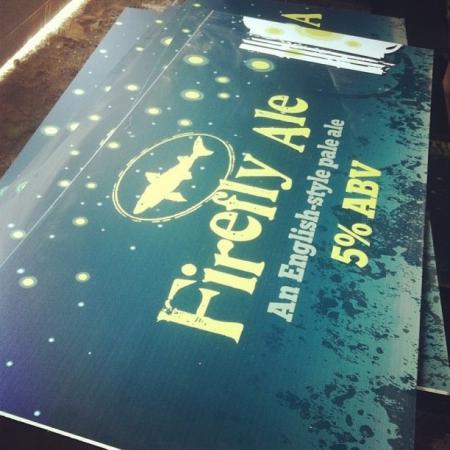 We're music junkies here at Dogfish Head, and one of our favorite times of year is when the Firefly Music Festival rolls through our neck of the woods. And guess who just happens to be the official craft beer of Firefly?

To celebrate this growing East Coast extravaganza, we've brewed up Firefly Ale, a sessionable pale ale that we like to think is a highlight for more than a few festival-goers.

This very approachable balance of hops and grain can be found at our pop-up pub at Firefly and on the road at some of our favorite beer-and-music venues. Don't miss it!