It’s that time of year again. Punkin Ale is back, but this year with a glow-up … literally! Brewed with real pumpkin meat, brown sugar and your favorite fall spices, this 7% ABV sipper is the perfect beer to warm up with as the weather cools down. And this time around, our 2021 Off-Centered Art Series artist Ryan Besch has taken Punkin to electrifying new heights with this year’s 6-packs featuring a glow-in-the-dark element that illuminates when the lights go out.

“The annual return of our Punkin Ale is a seasonal ritual I always look forward to, way more than turning back the clock an hour … the spicy, earthy aromatics of this big brown ale and the reddish golden hue of the liquid itself looks and tastes like vibrant, autumnal foliage squeezed into your pint glass. It’s the perfect accompaniment for a hearty dinner or a sunset hike,” says Dogfish Head founder & brewer Sam Calagione. “When I first homebrewed what is now Punkin Ale nearly 27 years ago, before the inception of Dogfish Head, I never imagined it would one day become a well-loved, seasonal staple for craft beer fans from coast-to-coast. Each year’s re-release is truly a heart-warming reminder of Dogfish Head’s off-centered journey.” 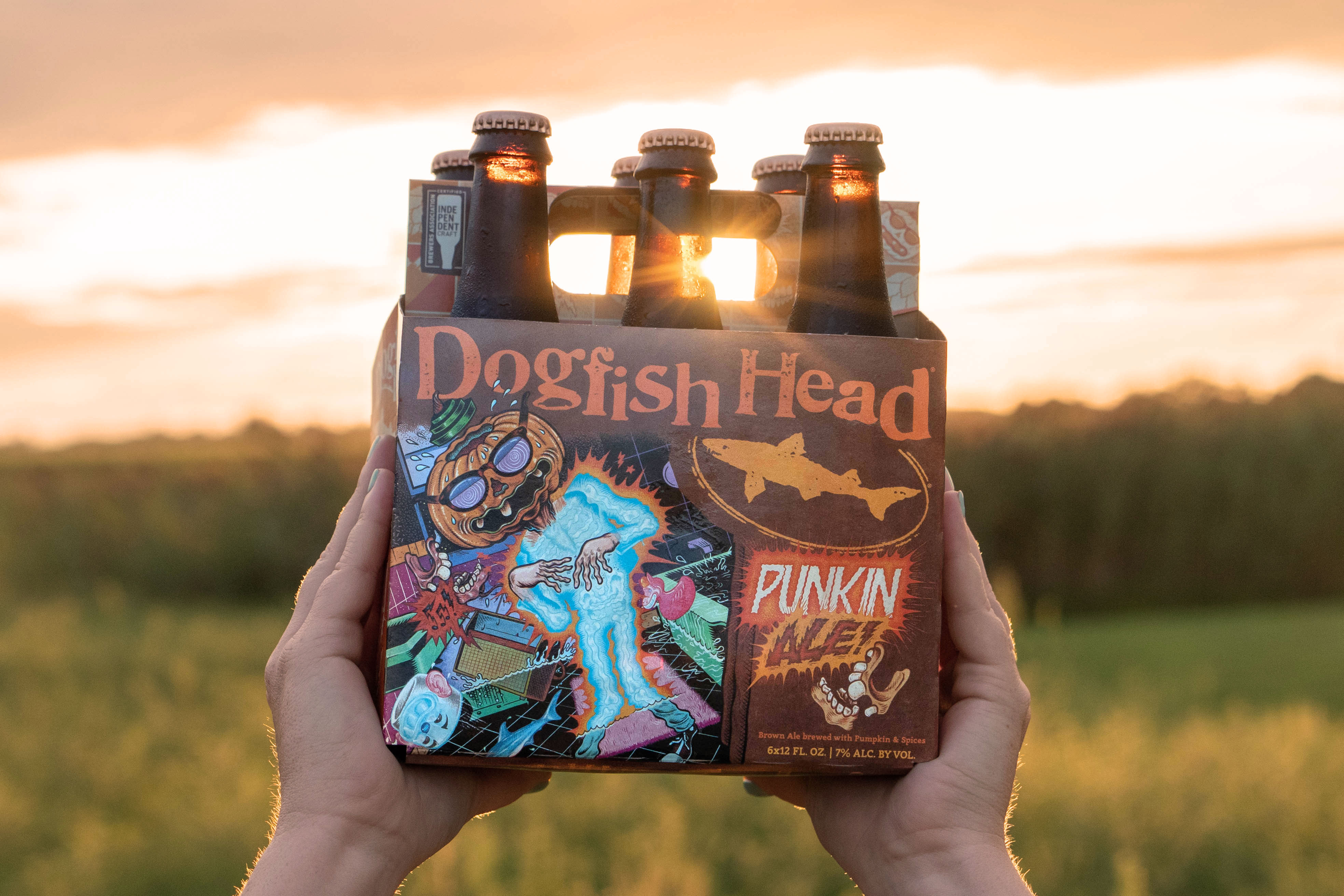 First brewed in 1994, Punkin Ale gets its name from the legendary east coast event, the World Championship of Punkin Chunkin. If you’re not familiar, the event not only brought people from around the world together to see who could hurl a pumpkin the furthest, but it also featured a pumpkin-themed baking competition, in which Punkin Ale claimed first-prize. “It was actually kind of comical to watch my homebrewed pumpkin beer beat out all these beautiful, decadent pumpkin-themed desserts – cakes, pies, cookies and more,” says Sam. “I don’t think a beer had ever been entered into the contest, let alone been chosen as the winner … but folks were really diggin’ it, so I knew I was onto something!”

Punkin then made its commercial debut in 1995 and it has been re-released every year since. Tried and true, Punkin’s original recipe – to this day – remains unchanged.

To bring the glow-up full circle, when you check into a Punkin Ale on Untappd in the month of September, you’ll unlock our animated Punkin Ale badge that’s as entertaining to view as watching your friend try and see the glow-in-the-dark packaging in broad daylight. 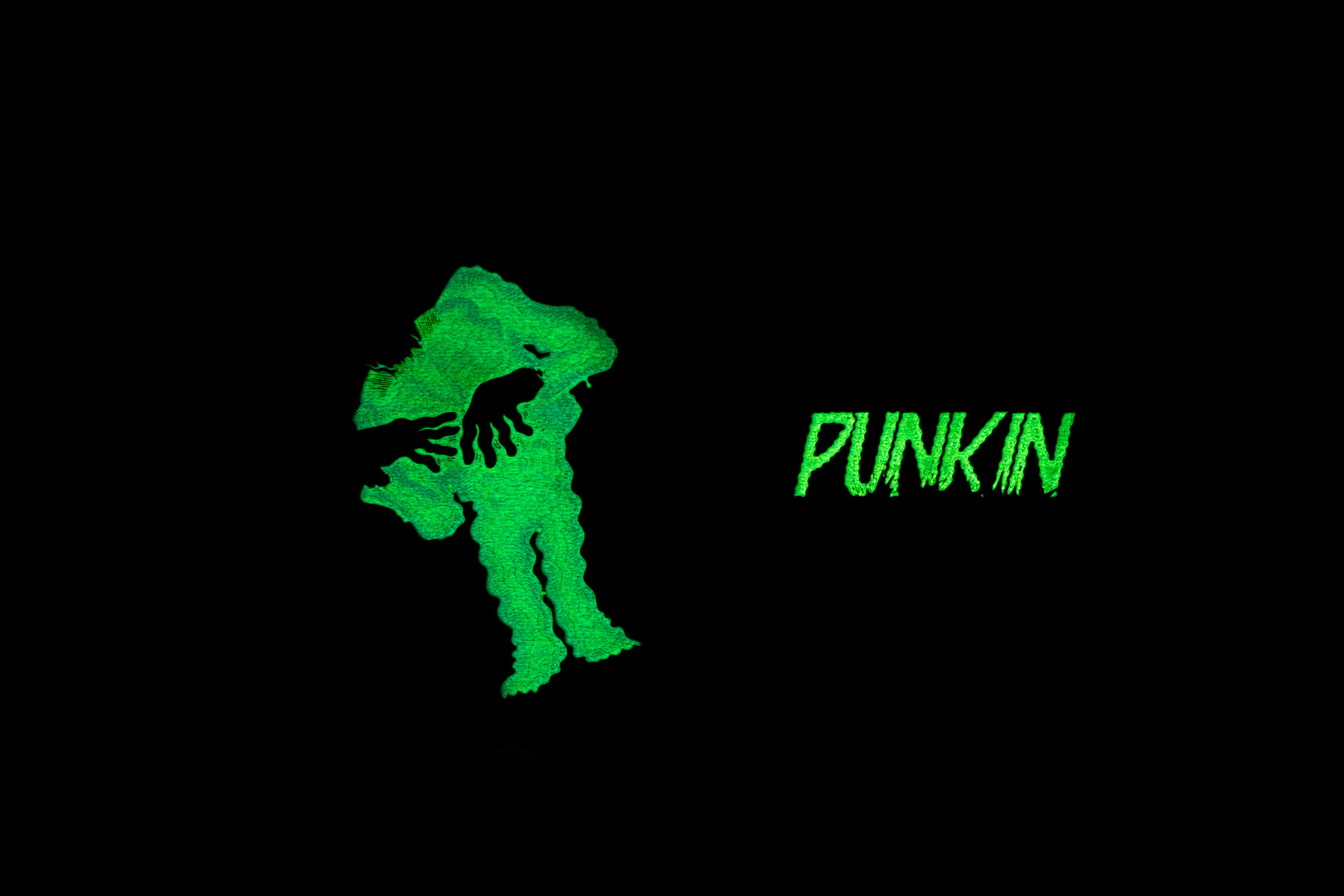 Now available, check out the Fish Finder to find some in your neck of the woods!