What happens when the leading brewer of oak-aged mixed fermentation ales dating back to 1821 collaborates with a brewery known for iconic and off-centered ales? You get a beer, centuries in the making.

Arguably the most awarded brewery in the world, we’re proud to announce that Dogfish Head will be partnering with Brouwerij RODENBACH of Belgium for a one-of-a-kind collaboration - the first in their 200-year history!

“This is an historic moment for our brewery,” says Rudi Ghequire, Master Brewer of RODENBACH Brewery. “Not only is the time right for this partnership as sour beer has become more popular than ever before (thanks in large part to Dogfish Head’s SeaQuench Ale), but we found an incredible partner and kindred spirit in Sam Calagione and the Dogfish Head brewing team. Though centuries and an ocean apart, our breweries share many similar values and principles. From our independent and family-owned brewery to the spirit of collaboration among the people at our respective organizations, our shared appreciation and respect for quality ingredients, and how the coast influences both of our beers. We couldn’t have found a more perfect partner in our first collaboration voyage, and we’re excited for the journey ahead.”

“I have been a huge fan of RODENBACH beers since the early 2000’s when legendary beer writer, Michael Jackson, turned me on to them at the Brickskeller in DC. RODENBACH are the global pioneers in sour and wild beers production, and Dogfish Head is proud to have the number one selling sour beer in America. So we have a lot to learn and explore together -- and getting to know Rudi, David and the RODENBACH team has been rewarding and fun. I am confident we are going to make a beautiful, unique beer together,” says Dogfish Head founder & CEO. 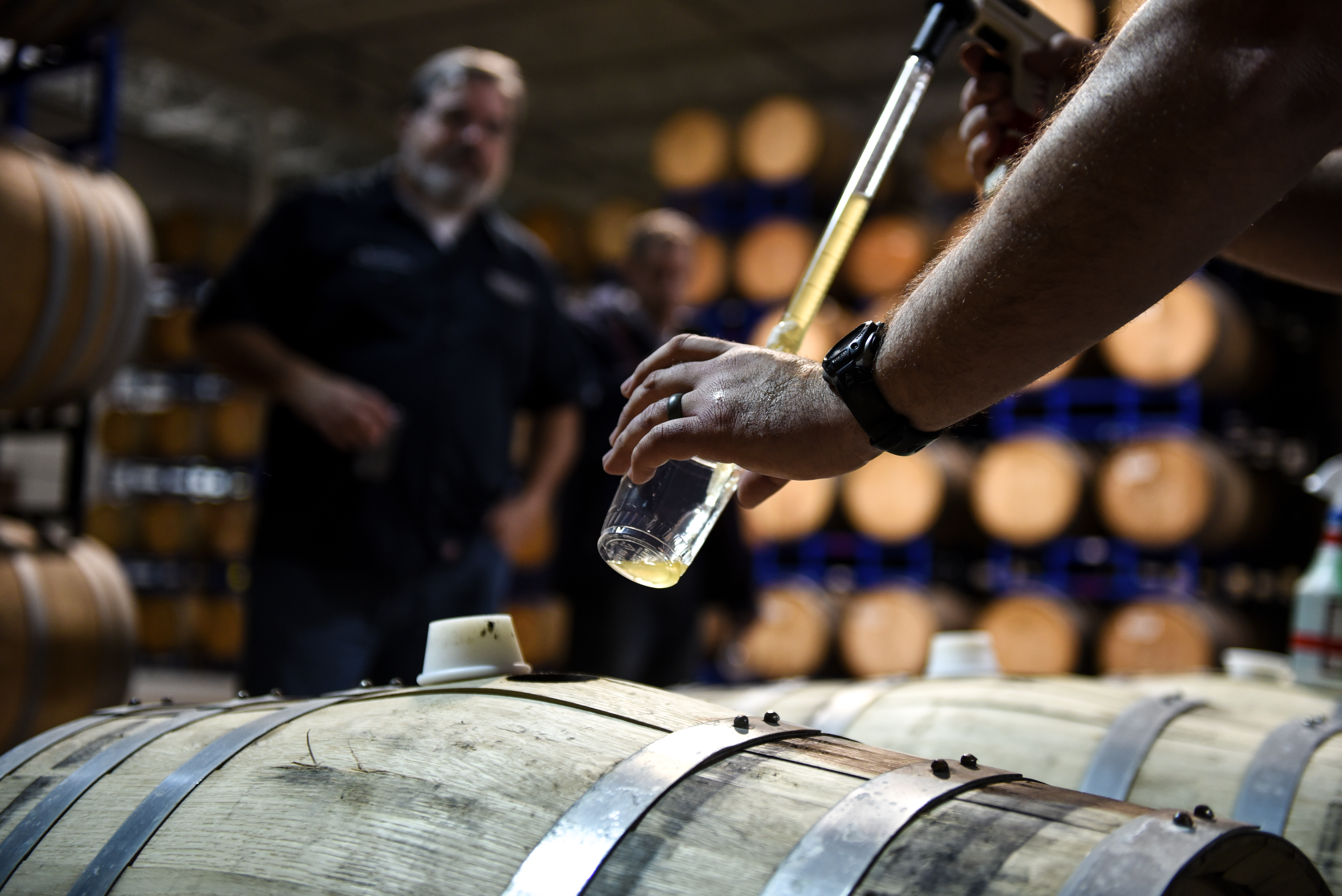 Known and loved throughout Belgium for its deliciously refreshing qualities and exceptional food pairing characteristics, sour beer has become one of the fastest growing styles in America, welcoming new and adventurous craft fans alike.

But how exactly did a traditional meets modern collaboration come to be?

It was at the 2018 Craft Brewer’s Conference in Nashville, Tenn. that the idea of a partnership first came about. Following a panel discussion of leading sour beer experts, RODENBACH Master Brewer Rudi had a chance to connect with our own brewing supervisor Bill Marchi, head of our Wooden … it be nice! wild ale program to chat about the nuances of old-world sour beers and the modern expressions happening in our neck of the woods.

“We’ve always had a deep appreciation for Dogfish Head and the beers they craft, and what they’ve been able to do with SeaQuench Ale is nothing short of spectacular,” said David van Wees, President of Swinkels Family Brewers Imports, the North American importer for RODENBACH. “The conversations continued from there, and as we got to know one another we realized how similar our passions were about sour beer and its potential in the marketplace. We noticed striking similarities between our breweries - family-owned, independent and a deep expertise in brewing which got us talking and thinking that now is the right time for RODENBACH to take this step, and Dogfish Head was the perfect partner for us.” 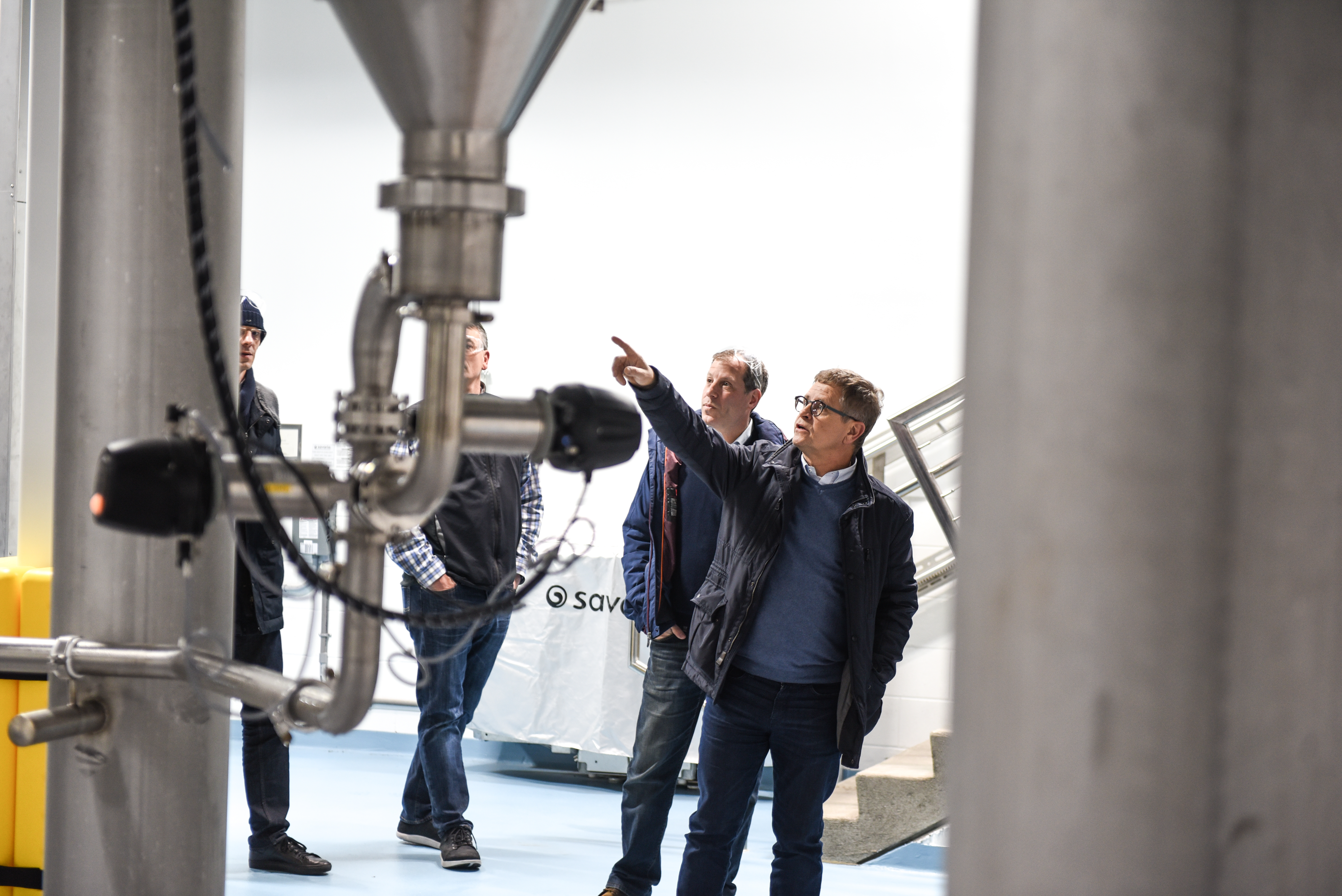 Before the end of 2018, Rudi and Chief Marketing Officer of RODENBACH Kristof Ampe visited us here in coastal Delaware to further explore and solidify plans. With a shared commitment to quality and creativity, as well as an infectious passion for beer, it didn’t take long for everyone to land on the same page.

“We spoke a lot about how RODENBACH’s traditional methods of brewing and blending, dating back centuries would heavily influence the direction of the beer, and that began the foundation for our collaborative brainstorming,” added David. “It was amazing to watch these two icons work so closely together and see the magic happen as wheels started spinning about what a final product could look like.”

“We intend to take our time and get it right for a beer of this magnitude, and in order do that we have to go to where it all began – to Roeselare, Belgium,” added Sam. “The brainstorming will continue overseas, as Rudi and I explore the region together, explore the area’s culinary influence and experience the legendary brewery and cooperage which undoubtedly will serve as a huge inspiration behind the beer we create.”

While still in its early stages, the plan is to brew and blend the beer here in the states in 2019, with availability for American consumers to enjoy beginning early 2020. Following this, we will also explore a release of the beer in Belgium, where RODENBACH is widely sold.

“We see great opportunity for the years ahead,” added both Rudi and Sam. “While we’re taking things one step at a time, we have great hope and expectations that this will be the beginning of a long-term relationship between our breweries for several years to come.