As the second installment in our 2019 Off-Centered Art Series, we’re unmasking our newest Double IPA, and its golden appearance is ‘The Perfect Disguise.’

On the surface, The Perfect Disguise looks like a straightforward Kölsch with a crisp Kölsch yeast and traditional German malts and hops … but things aren’t always what they seem. With a quick sniff and slight sip, you’re greeted by a creamy mouthfeel and full body thanks to the addition of a unique German chit malt - the first hint that this beer may be somewhat different.

“Our rallying cry at Dogfish is to never follow what other brewers do, so on this exploration of goodness in the world of IPAs we’ve chosen to chase the creative white space in the sphere of beer recipes, concepts and ideas and I think we nailed it with our adventurous take on a Double IPA with The Perfect Disguise,” says Dogfish Head founder and CEO Sam Calagione. “We punched up the creativity by layering in two different yeasts which bring forth the most delicious flavor profiles from both a Kölsch and an IPA – a delicious experiment.” 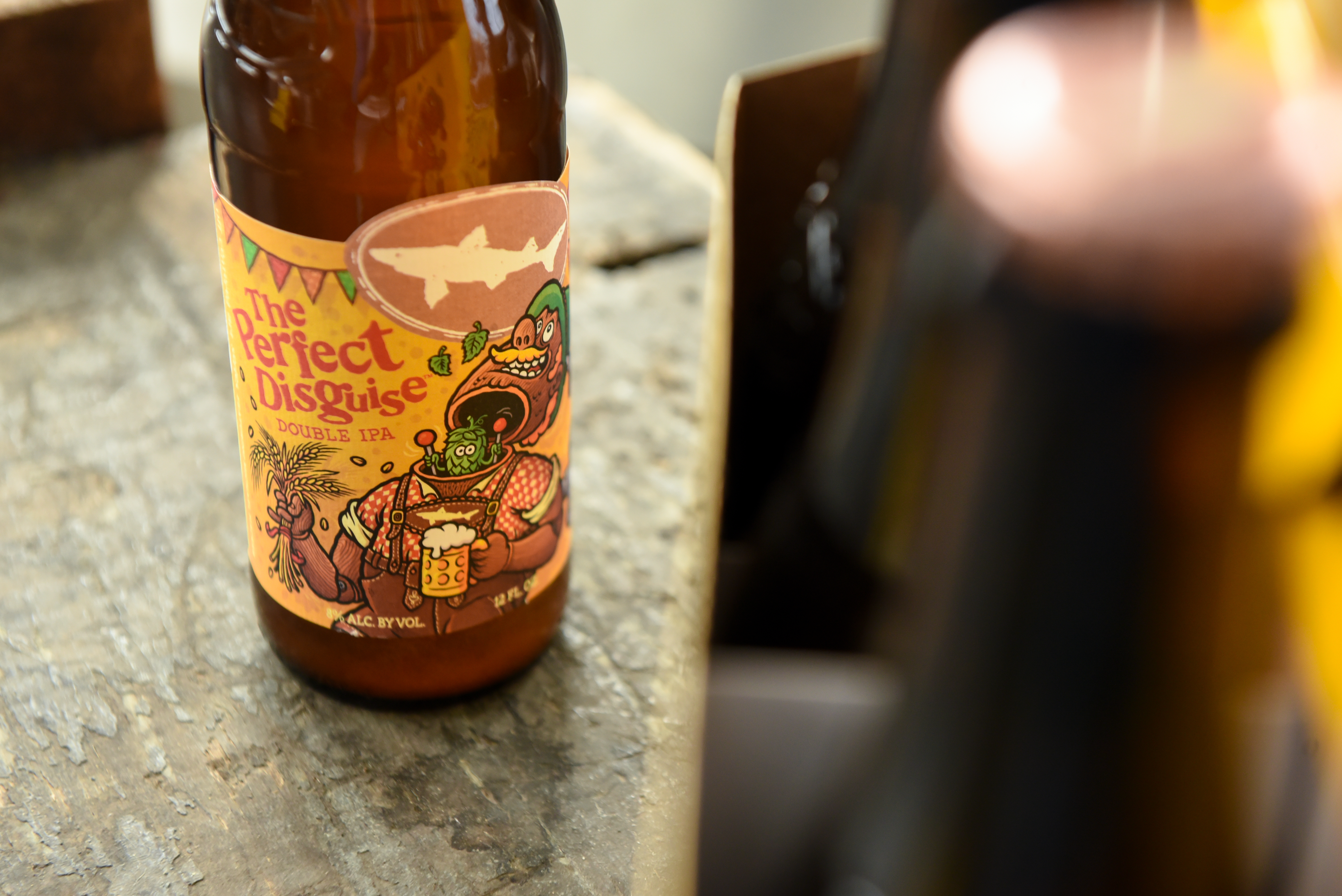 The artwork for The Perfect Disguise was brought to life and designed by our 2019 Off-Centered Art Series artist Michael Hacker. The name ‘The Perfect Disguise’ was the inspiration for the illustration design as it’s a play on words with whether or not the beer is actually a Kölsch or an American IPA.

“The challenge for The Perfect Disguise artwork was to tell the story of a classic American IPA disguised as a traditional German Kölsch in one single image,” says Hacker. “After trying out literally dozens of approaches and concepts, we came up with this Trojan Horse idea. But instead of Greek soldiers, it’s occupied by a hop character, and instead of a horse we used a guy in lederhosen.”

The Perfect Disguise releases Friday, Jan. 11 at both our Milton Tasting Room & Kitchen and Rehoboth brewpub, with shipping to wholesalers beginning the week of Jan. 14. 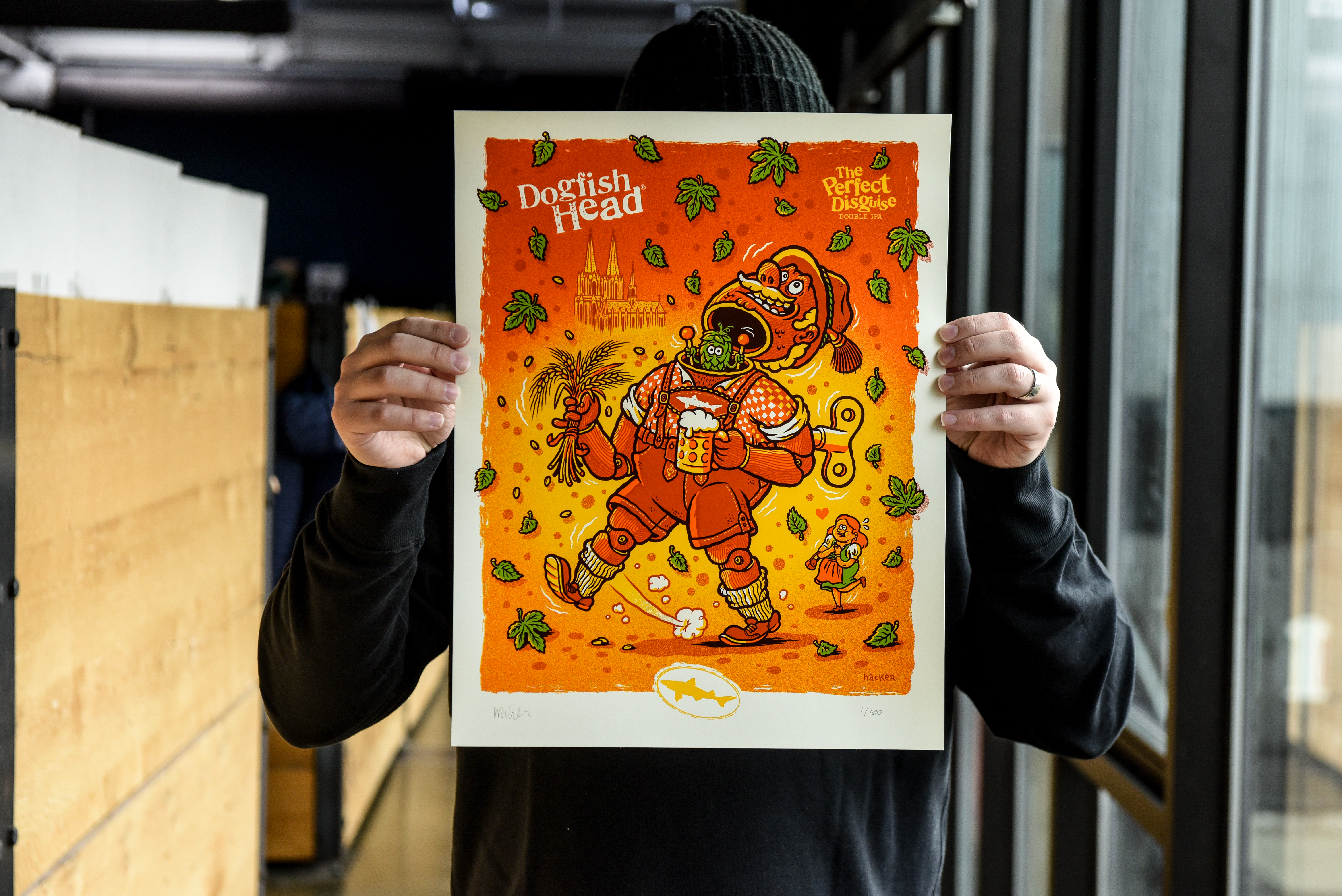