Just in time for the holiday season, we've joined forces with Rowing Blazers, a New York based apparel brand, to launch a limited-edition clothing collection inspired by both of our brands’ strong connections to the water. Founded by former U.S. team athlete and World Championships medalist Jack Carlson, Rowing Blazers puts an irreverent spin on the classics, while also outfitting some of the world’s top rowing clubs. Meanwhile, nestled along the coastline, we see our proximity to the ocean as a muse for our off-centered ales and the natural culinary ingredients within them. This can be seen most readily in the recipe and packaging design for our best-selling session sour, SeaQuench Ale. The number one-selling sour beer in America, it is brewed with limes, black limes and sea salt harvested from the Maine and Chesapeake Bay regions, and is packaged in eye-catching, seafoam green cans.

The Dogfish Head x Rowing Blazers capsule includes a polo shirt embroidered with SeaQuench Ale’s ingredients; a ‘90s-inspired long-sleeve tee with an illustrated dogfish shark rowing in a boat and sipping a SeaQuench Ale; a co-branded cap; a can-shaped glass; a three-pack of enamel lapel pins; and a special-edition, SeaQuench Ale-themed 19.2oz can koozie to complement folks’ apparel choices. Dropping on Thursday, November 5, this exclusive Dogfish Head x Rowing Blazers gear will be available (while supplies last) at www.dogfish.com and in our coastal Delaware retail stores! 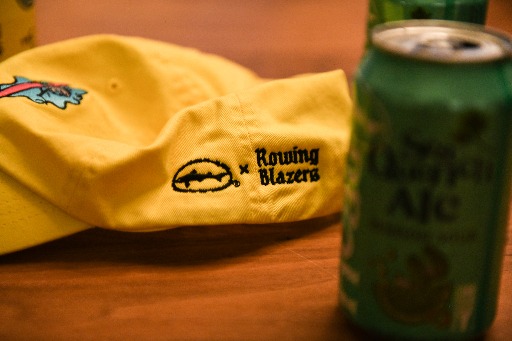 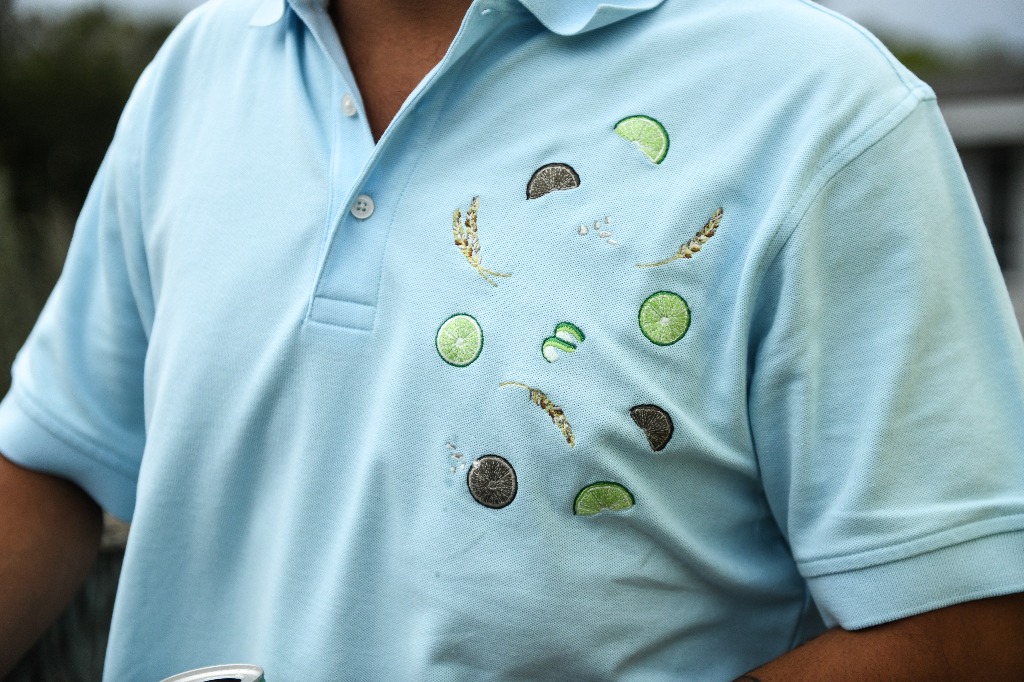 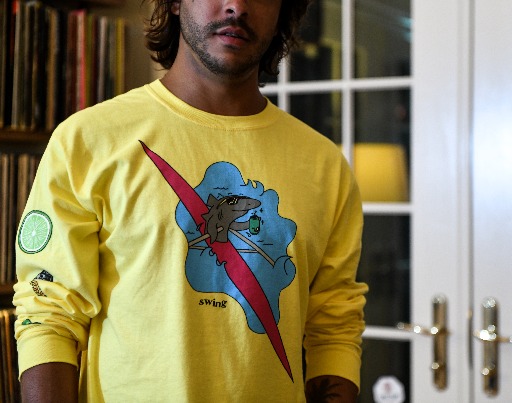 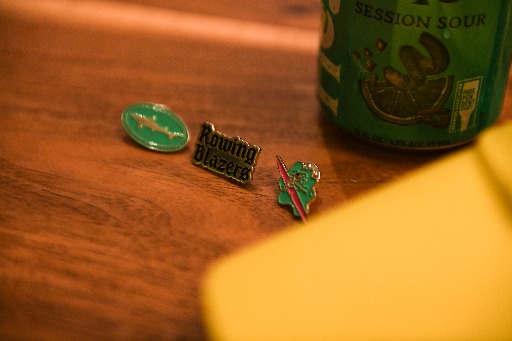 “Jack and I have been friends for a number of years, and I have great respect and affinity for the rugged and fun, nautical-themed brand he and his co-workers have built, so I am beyond excited for the launch of this collaboration.” says Dogfish Head founder and brewer Sam Calagione.  “Just like me and Jack, our brands have a lot of intrinsic similarities: an eclectic and off-centered style; we take our work, but not ourselves too seriously; and we are happiest on or by a body of water, boats in sight and beer in hand.”

“I’m excited for Rowing Blazers’ first beverage collaboration,” said Jack. “Dogfish Head’s SeaQuench Ale and its nautical roots make this a perfect pairing. Sam’s energy is infectious, and it was fun working on this collaboration with someone who is a master of his craft and also a great friend.”

To hear more about this collab, tune in to our IGTV, Facebook & Youtube this Wednesday, November 25 at 12 p.m. EST. While enjoying a SeaQuench Ale (or two), Sam and Jack will sit down (virtually!) to discuss the collaboration, answer viewers’ questions and chat with their mutual friend and special guest, Arshay Cooper. Rower, speaker, activist, and author, Arshay is the author of A Most Beautiful Thing, the story of America’s first all-Black high school rowing team – and stars in an award-winning documentary with the same title, out now and produced by Common, Grant Hill and Dwyane Wade.

To learn more about Rowing Blazers and Arshay Cooper, check out www.rowingblazers.com and www.arshaycooper.com, respectively.