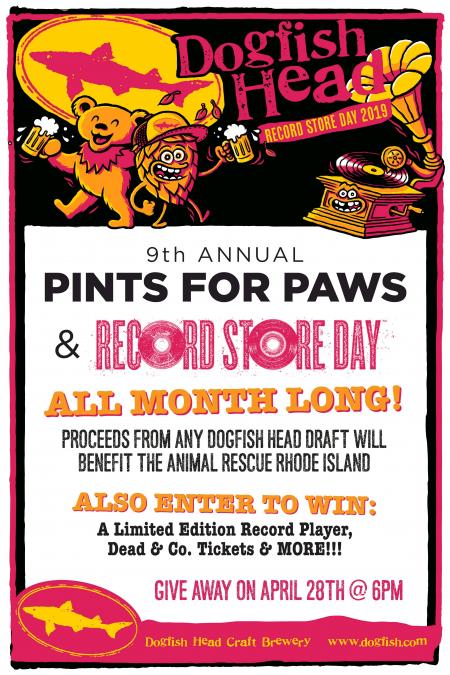 Music has been a part of Dogfish Head since before Dogfish Head. So it’s a natural fit for a brewery that makes ‘Analog Beer for the Digital Age’ to be the Official Beer of Record Store Day! A celebration of the unique culture of record stores and the special role they play in their communities, we’re getting in on the fun with our friends at The Mews Tavern!

Stop on by The Mews Tavern throughout the month of April to celebrate Record Store Day with some tasty Dogfish Head beers ... and because April is also The Mews Tavern's 9th Annual Pints for Paws Month, proceeds from any Dogfish Head draft purchased during April will benefit the Animal Rescue League of Rhode Island!

As if that isn't AWESOME enough, on Sunday, April 28, the Dogfish Head team will be in the house, giving away a boatload of awesome prizes! Winners will be announced at 6 p.m. Don't miss out!