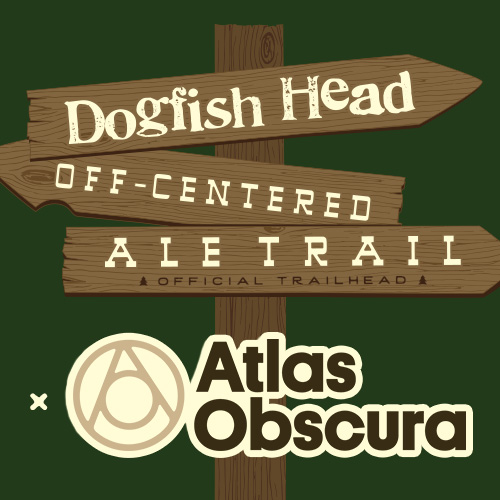 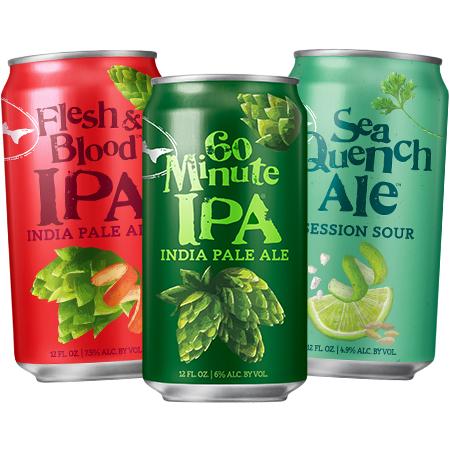 Cans are the perfect partner for summer exploration and Dogfish packs a boatload of flavor into each 12oz serving. Bonfires on the beach, outdoor crab boils, BBQ’s, golf-outings and summer parties just got a lot more off-centered as the portable, compact cans are the ideal brew for the outdoor dog(fish) days of summer.

SeaQuench Ale (ABV: 4.9, IBU: 10) – This refreshing session sour is brewed with lime peel, black lime and sea salt; in fact, Men’s Health named it the most thirst-slaying beer ever brewed by Dogfish Head and Editor’s Pick for best low-calorie beer (at only 140 calories, 9 carbs). In collaboration with the National Aquarium in Baltimore, Dogfish Head replicated sea salt from both Maine and the Chesapeake Bay for its refreshing, slightly tart characteristic, and then incorporated it into this refreshing ale.

Flesh & Blood IPA (ABV: 7.5, IBU: 45) – This honest to goodness IPA is brewed with a bevy of real citrus including orange peel, lemon flesh and blood orange juice. Flesh & Blood IPA balances the hoppy characteristics of an American IPA with the explosive zesty fruitiness and subtle tartness of citrus to deliver an incredibly unique off-centered ale that can be enjoyed all year round.

60 Minute IPA (ABV: 6.0, IBU: 60) – No stranger to IPA fans, Dogfish Head’s 60 Minute IPA is continually hopped with more than 60 hop additions over the entire boil to create a powerful yet balanced East Coast blend with a ton of citrusy hop character. Inspired by a cooking segment he saw in the late 90’s where a chef added little increments of pepper over an extended period to enhance flavor, Dogfish Head founder and CEO Sam Calagione turned to a vibrating magnetic football game to create a system that would continuously add hop pellets during the entire time a beer boiled. While the brewing technology has greatly evolved since those early days, the innovation and passion behind the creation of 60 Minute IPA shines through with every delicious sip.